Over the course of graduate school and my post-doctoral stint, I have had the opportunity to learn and ponder about several topics in varying levels of detail. This page contains a representative list of the questions I’ve considered.

But before we get to all that, how about a recent resplendent result? 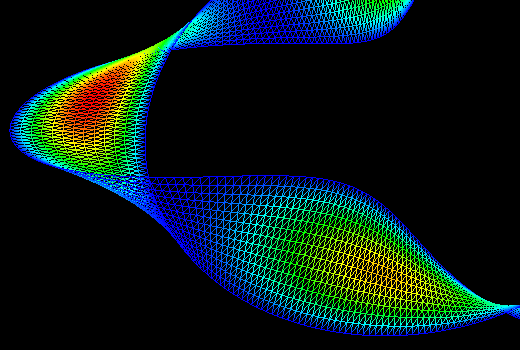 Attempts in solving the Poisson’s equation on a Möbius strip.

Much of the research code distributed below is human-readable Python sitting atop the FEniCS Project. FEniCS is a collaborative project for the automation of computational mathematical modelling based on the finite element method. In order to play with the code, you need to have a working installation of FEniCS. Please write to me if you need help getting the code to work or are interested in collaborating on future extensions.

Curiosities along the way